admin2017-06-09T06:35:00+00:00
Throw Away That Degree mindset  Otherwise You Will Die Poor
Most of the educated people in Cameroon are poor. Majority of the educated earn less than 55,000frs for a salary before tax and other deductions. When the deductions are put into consideration, the net salary comes to around 50,000frs. The net salary then suffers from loan deductions of up to 15,000frs leaving the salary at around 35,000frs. The landlord then demands for his 15,000frs and monthly shopping takes away 10,000frs leaving one with a 10,000. The bus will demand for 300 going to and from work and relatives get another 2,500frs. The whole salary is gone and borrowed money starts operating. The borrowed money includes short loans and salary advances. 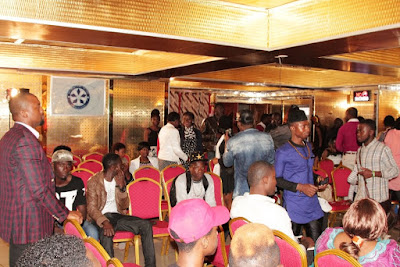 The difference between poverty and prosperity is property. A prosperous person has property to his name while a poverty stricken person has no property to show. Using this understanding, therefore, most of the degree holders are poverty stricken, borrowing money to buy chicken and chips, pizza, and a car.
The biggest excuse for getting paid such low amounts of money and having to sit and work for another person for 30 days is THE DEGREE that one possesses and that’s all. This has made most of the degree holders very poor to poverty stricken and will die that way most likely. A degree holder does not know how to generate money unless that money is generated for the employer. A degree holder is so dependent on the salary that he can do anything to get a job but will not think of starting a business of his own to employ others.
Also Read: The Principal things for African Young People (Episode 8) – By Javnyuy Joybert
Interesting Facts!
1.   A degree holder is not prepared to sell chips but is very happy to work for Tampico (companies).
2.   A degree holder is not prepared to sell popcorn in the street but is very happy to work for Dangote outlet in the city
3.   A degree holder is not prepared to sell second hand clothes but is very happy to be employed by Zenith Bank which the business of selling stocks and looking for customers in a scorching Sun.
4.   A degree holder is not prepared to make 150,000frs monthly doing his own business but is very happy to work at the till in a bank getting paid 25,000frs
Also Read: How to Handle your Fears by Javnyuy Joybert
5.   A degree holder is not prepared to start a company and grow it in two to three years but will spend three years searching for a job.
6.   A degree holder is not prepared to sell food to students but will be happy to be reporting to a boss with no qualifications as Office Assistant as long as he is paid 30,000frs for a salary.
7.   A degree holder is so eager to get out of this country and work in another country than spend time to develop his own country.
8.   A degree holder staying in a foreign land (Cameroonian) is very keen to condemn Cameroon but never contributing to the development of this country.
9.   A Cameroonian degree holder would rather sweep the streets of London or USA than start a business to make money in her father land – others work in people’s homes doing some work (cleaners).
10. A degree holder in Cameroon will watch porn on his laptop but never sit to write a book using the same laptop to sell and make money.
11. A degree holder will blame the government for lack of jobs even after he was on government bursary for him to have his degree.
12. Cameroon is blessed with young people who have master’s degree and others are doctors in different technical fields such as IT and Engineering but all of them have failed to create a cartoon character or develop a movie from the same instead very happy to buy Tom and Jerry for their children thereby promoting American and UK.
Take a Challenging Short Course Today: Entrepreneurship/Business Management Courses
At a school I visited, there was a man that is of very humble background. He does not speak English but sells fish pie at 100frs each making a profit of 10frs on each drink. He also sells chips at 50frs making a profit of 17frs on each portion. Not less than 80 students buy chips and a drink every single day. This means he makes a profit of 27frs for a drink and chips and a total profit of 2,160frs per day…every single day. In ten days he makes a profit of 21,600frs in twenty days 43,200frs and in thirty days 64,800frs
The degree holder working in a bank at the till gets a salary of 45,000frs every month.
Why are the degree holders poor?
Because they have decided to pride themselves in a degree and failed to think better than a man who does not have even a certificate to his name.
Degree holders spend their time liking articles on linkedIn and facebook but never have any care in the world to implement what they like. Poverty starts from the mind, a mind that just likes things but never to implement those things.
If you want to progress, keep that degree and start thinking better than someone without a degree. There’s no white collar Job anywhere bro!
Take a Short Course: Organisational Leadership Courses
Be prepared to get your hands dirty and work like an ox for your business. Your hard work will pay off.
If you can’t start your own business now, join already existing platforms like MERIDIANS LIFE SUPPORT FOUNDATION (MELISFON) & be your own boss. You can begin with as little as 13000 FRS & becable to raise hundreds of thousands to millions. I’m a testimony.
Join MELISFON and become a Master, an Employer. Thousands of lives have been transformed through this foundation. See www.meridianslife.org
Just use your brain and make it in life.
If you want to know more, ask me how.
Call or WhatsApp (237)676237580.

The Brand New Bother About Student Experiences available for invest in

You Want to Achieve Great Things as a Young Person? Find Out How

African Young People: Other Side of FEAR! By Adedayo Olabamiji

Everything you want... read more

Part One: The Role of Effective Communication On The Smooth Functioning, Productivity And Growth Of Small And Medium Size Enterprises In Africa.