The Mind of the African Youth by Warren Nsoseka Lee 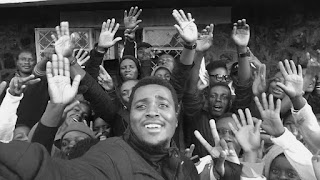 The understanding of certain universal concepts always seems to transcend the mainstream in the way they are used in the African context. One of such popular terms is youth. Many African youths hardly know if they are youths anymore given that the older generations have an intriguing definition of youth that encompasses everything except the youth. Such a definition serves one purpose only; justifying their clinging to power. Within this twist and the cliché that youths are leaders of tomorrow, many young people have imbibed the unhealthy notion and habit of living striver politics while hoping to accede to power at their “youth” as defined by the African gerontocrats; that is in their 50s.
It is a regrettable fact for it has gradually killed the creative spirit in young people who now see daring and ambition as worthless and would rather cluster as apprentices to senile minds. In such circumstances the change sought for by many remains elusive as the real youth are absent and therefore powerless in effecting real policy change that could lead to more inclusion.
For how much longer will Africa continue being the reason for its own predicament? Why have the young people resigned themselves to the unproductive ideologies of the old instead of tapping from their wisdom to propel the continent forward?
These and more are questions we can’t help asking. I could’nt agree more  with UN Secretary General who thinks that Africa’s mentality is dragging Africa’s change into the mud. This is obvious, for everything starts in the mind. Let us consider the notion of wealth.
v  Many young people now believe that ‘getting’ is better than ‘earning.’
v  Young minds have resigned themselves to the ‘reality’ that their turn for leadership is in an ever elusive ‘tomorrow,’ one which is ever yet to come. Leadership is not in parliament or government, even amongst friends, learn it.
v  Many young people are afraid to dare given that there is an imaginary crackdown mechanism set by old leadership for those who dare challenge.
v  Many have surrendered to despair, thinking that only some future unborn generation can bring the change. LIES!
THE WAY
ü  African youths must live like there is no tomorrow, everything happens NOW!
ü  African youths must stop minimizing the change they can create as individuals. The fantasy of wanting to change a country at a blow should be masked by the eagerness to first,
1.       Change oneself, one’s family, and the community as a whole will be changed. Well, let’s not take too much for now – CHANGE ONLY YOU!
2.       They must shun the tendency of transferring change to future generations. WE CAN, AND NOW.
ü  We mustn’t surrender to fear for fear fears those who dare.
ü  We must give value to what we earn from our innovations or sweat no matter how small it is. It is not wealth that makes a man. Integrity does.
Africa remains the mother of humanity and the youths are her hope. There is no Africa, no true Africa without the young people. The right young people for the right Africa. Strive to change only YOU, and you have changed the world. AFRICA is you, so make your Africa.
About the Author
Lee is a highly committed young man at the forefront of several youth empowerment and orientation initiatives. Professionally, he is a sociolinguist with particular interest in conflict resolution. Lee is passionate about youth education orientation, talent building, sustainable development, and ICT education for kids. Since 2012, he has worked on several projects including Orienting to Inspire and ‘Keep the Girls in Class’ which have impacted over 3000 youths with about 60% of them, now able to make good education and career choices, and build their skills. He most recently co-founded No Kid Behind to bring ICT towards children and also encourage volunteerism among young people

How To Land the Ment... read more

It Takes More Than Money To Make It In Africa

Certified Executive of the Month – Zambia

Facts, Fiction and B... read more