Part One: The Role of Effective Communication On The Smooth Functioning, Productivity And Growth Of Small And Medium Size Enterprises In Africa. 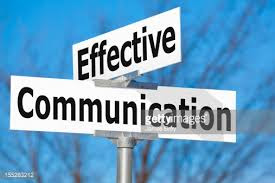 ·        Some firms consider communication as a cost to them and therefore avoid employing it the way they should be done.
·        Some organisations carryout communication (advert) today and expect a miracle to happen the next day on that effect, and when this doesn’t happen they feel communication has no role to play in their line of business.
·        In some cases, some bosses feel that their employees/subordinates have nothing to contribute as to the decision making of the enterprise as such ignoring the rule of communication in decision making( participatory management by Douglas McGregor)
·        In some organisations information sharing is too slow and just like the common saying goes “delay is dangerous” the business ends up suffering the consequences of such actions which probably put it at a stand till or at time a failure.
·        Some businessmen/organisations in Africa also face a lot of difficulties in designing a good message to be communicated. For instance there are some people in Africa who can’t read nor write, hear nor speak. So some businessmen fail to take into consideration such issues when designing the message to be communicated.
·        Furthermore, some of the small and medium size enterprises in Africa do not have a good follow up system. Without this follow up systems it is difficult to know the level to which the message sent has been understood by the receiver or audients in cases where feedback has not been given.
The above are just a tip of the iceberg. So as a businessman, one must identify these weaknesses and see to it that they are made away with, so as to allow communication play its role in the smooth functioning and growth of organisation.
Knowing the importance of communication is of vital importance to a businessman because communication is the mouth piece of the business, not only is it considered the mouth piece but is considered the earpiece as well. I say so because communication is a:
·        Say and listen (oral, audiovisual and or face to face)
·        See and be seen (audiovisual and or face to face)
·        Give and be given thing (written, oral, audiovisual and or face to face)
·        To some extent act and be reacted upon thing (gestures)
Understanding the above mentioned helps communication officers/small and medium size enterprises in Africa to be effective and efficient in carrying out their duties. and not only does it apply but to those working in the communication department but it applies to all stakeholders in the business environment.
Basic steps of communication
For communication to actually play its desired role in the smooth function of the organisation. I strongly believe that the following steps must be put into consideration.
Ø The formation of communication intent and message composition
Ø Message encoding and decoding
Ø Transmission of the message using the appropriate channel
Ø Reception of the signal by the receiver or audients
Ø Reconstruction, interpretation and understanding of the message as intended by the sender.
Ø Provision of feedback by the receiver and as earlier mentioned:
Organisations must make provisions for a follow up system, this is because when dealing with clients, there are usually some cases where the intent is not understood but the audients or receivers stays quite.
By Tanjiy Shuaibu
CELBMD Africa Consultant in Charge of
Business Communication
www.celbmdafrica.org
info.celbmdafrica.@gmail.com

How to Occupy Your Mind Right by Uju Chukwu

African Young People: Who Are You? By Warren Nsoseka Lee

WHO ARE YOU?As ques... read more

How to Get Started off with Publish down an Essay On-line?

What Do My Essay Onl... read more

The truth is million... read more

Through out this mon... read more

How Do I Become A Better Speaker? – Part 3

Anglophone Cameroon Crisis: What Young People Should be Doing By Javnyuy Joybert